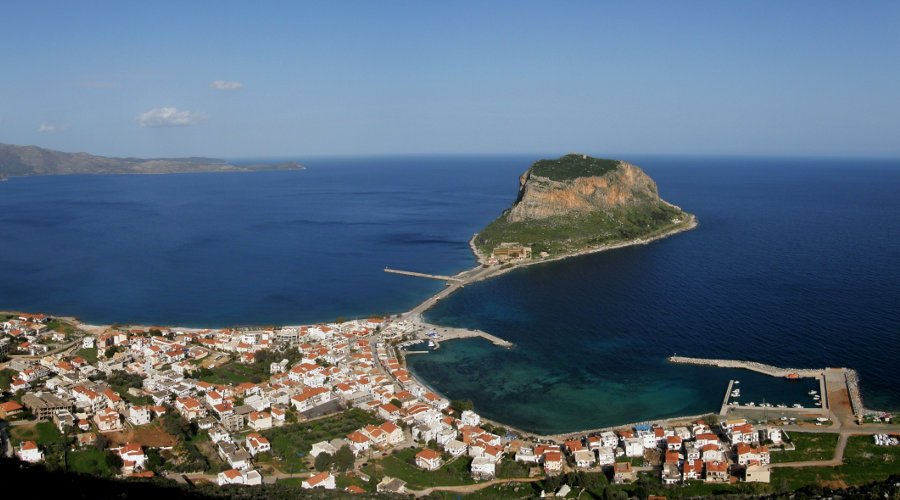 Day 1: Your 6 day tour will start with the drive through the national highway to the Peloponnese. You will enjoy a short stop by the famous Corinth Canal (or Isthmus) that separates the Peloponnese from the Greek mainland, for pictures and coffee. Your journey towards Epidaurus will continue with a 40 min. scenic drive along the coast of the Saronic gulf. On the way your driver will point out for you to see the ruins of the ancient port of Kechries where St. Paul embarked his ship after preaching to the Corinthians to get to Ephesus. Reaching Epidaurus you will have a private tour of the spiritual sanctuary of Asclepius and the theatre with the most famous acoustics in the world. Leaving ancient Epidaurus you will continue with the drive to Nafplion, a picturesque sea port town on the Argolic gulf. This was the first capital of modern Greece; it's a city with beautiful monuments and neoclassical buildings as well as two famous forts Palamidi and Bourtzi, which is located on an island opposite the port. You will be able to stroll around, take pictures and have lunch in the "shade" of the tall neoclassical buildings next to Sydagma square. Continuing your journey in the afternoon you will also drive and visit Mycenae, the centre of power in the late Bronze Age till the 11th century BC. There lies the famous Lions Gate and the Acropolis where Agamemnon was murdered by his wife Clytemnestra and that is where you will be able to explore all of its pathways. Leaving the Acropolis you will also make a short stop by the treasury of Atreus, also known as the tomb of Agamemnon. Then you will drive back to Nafplion where you will spend the night.

Day 2: After enjoying your breakfast at your hotel you will drive to modern Sparta, a city that doesn’t look at all as simple and remote as the descriptions about the ancient one let us imagine. Unfortunately there isn’t much left of the ancient city itself, but you can get off and walk next to some of the ruins of the ancient city state. Soon after that you will start driving up the mountain to the ruined Byzantine city of Mystras. It is divided in 3 sections, surrounded by the ancient walls and has two gates, either to enter, or exit. There is one on the top level and one on the lowest one. Be prepared for extensive walking on a steep path made of stone and let your guide enter with you the most important of the remaining Byzantine churches, where you will see and hear explanations about the wall paintings and the floor mosaics. You will also see several houses of the nobles and the Palaces which are under restoration. Then drive to Monemvasia, the only archaeological site in Greece that is still inhabited. Discover a remarkable medieval fortified town, with time at leisure to explore the uniquely preserved Byzantine and Venetian architecture and experience the beauty of the natural setting. Visit the castle and the surrounding area. In the evening you can chill out at the balcony at one of the cafeterias overviewing the Myrtoon Sea. You will spend the night in Monemvasia.

Day 3: After breakfast, you will start driving west to the majestic peninsula of Mani. You will pass through the charming villages of Areopolis, Limeni and Itilo as well as several villages full of Byzantine churches, where you can stop for pictures. Optionally you can also visit the Diros Caves and enjoy the boat ride next to the stalactites and the stalagmites. Another suggestion would be a short stop by the Stoupa beach for a swim or a deviation to stop and visit the Kastania village and the several villages above Kardamyli where you will be spending the night. Kardamyli, one of the most beautiful places in Greece, will help you relax in its serene environment and will make you feel like time has stopped there. That is why so many people from all over the world have chosen it as their small paradise to come and live after their retirement.

Day 4: After having breakfast, you will drive from Kardamyli to Olympia. Optionally, on the way you can make a deviation and visit the archaeological site of Ancient Messene, famous for some of the largest fortifying walls built for a city on the 4th century BC as well as for the very well preserved gymnasium, stadium and marketplace. Once in Olympia, you will enjoy a private tour through the site-birthplace of the Olympic Games, where still lie the ancient gymnasiums, the temple of Zeus and Hera, the ancient Olympic stadium, the Philippeion, the workshop of Phedias and many more. A few meters away from the site is where you will visit one of the most impressive museums in the world, since it houses the originals pediments of the temple of Zeus and Hermes by Praxiteles. You will spend the night in Olympia.

Day 5: This is a day that you will enjoy a full day excursion from Olympia to the mountains east, at the borders with the Arcadia region. In the altitude of 1,131 meters one can find the temple of Epicurean Apollo, a UNESCO monument. This famous temple to the god of healing and the sun was built towards the middle of the 5th century B.C. in the lonely heights of the Arcadian mountains. The temple, which has the oldest Corinthian capital yet found, combines the Archaic style and the serenity of the Doric style with some daring architectural features. After visiting the temple, you will continue to visit the picturesque village of Andritsena. Andritsena is a renowned village of Ilia, with stone built houses and alleys, traditional cafes under the platans as well as the wonderful view of the neighboring villages of Gortinia. Andritsena, built amphitheatrically on the eastern slopes of Minthi, appears with this name since 900 AD. Its history includes conquerors, revolutions, wars and disasters. However, since the early 18th century, it began to grow and soon became a notable trading and cultural center. The School of Andritsena operated since 1796, one of the oldest centers of spiritual evolution in modern Hellenism. After your excursion you will return to Olympia where you will spend the night.

Day 6: After enjoying your breakfast, you will begin your drive to Delphi, through the large and lush valley of Elis. Along the way you will pass the city of Patras and you will then cross one of the largest suspension bridges in the world that connects the mainland to the Peloponnese. You can then have a short coffee stop in the historical city by the sea called Nafpaktos, in the waters of which the famous battle of Lepando between the fleets of the Ottoman Turks and the Christian Alliance was fought. There you can admire the well preserved Venetian fortification of the small port and the statue of the famous Cervantes, author of Don Quixote, who also participated in the battle there. The rest of your drive will be absolutely impressive since you will be taking the coastal road having the sea on one side and the mountains of the Greek mainland on the other. Continuing your drive along the Corinthian gulf coastline you will pass some of the most beautiful fishing villages. Then you will continue your journey towards Delphi across the largest olive grove in Greece next to the city of Itea, before you start your windy drive, up to mount Parnassus. In the elevation of 600 meters (1800 feet) are built both the ancient sanctuary and the modern town of Delphi. There you will enjoy a private guided tour through the museum where the famous bronze charioteer is kept, as well as the site, where the ancient treasury houses, the temple of Apollo, the Oracle, the theatre and the stadium still remain. On the way down you will also have time by the Castalia spring, the gymnasiums and the temple of Athina Pronaia. After your visit in Delphi, you will start your drive back to Athens. You will pass through the traditional village of Arachova, famous for the hand woven flokati rugs as well as its dairy products. Optionally, on the way to Athens, you can make a deviation and a stop to visit the famous monastery of Hosios Loukas, a UNESCO monument of the 10th century AD. Back in Athens, you will be dropped you off either at your hotel, or another location of your preference.